What separates Deadmau5 from Dyro, or Rihanna from Rox? Why do we recognize certain names – certain brands – so well and others maybe not so much? It’s safe to say that talent wise, these artists are comparable; their production or vocal chops alone aren’t enough to propel them to the front of the minds of music consumers. So what is it? What makes Joel and Robyn different and what leads listeners to go to them first for a music fix? If it’s not all about the final product, then why do we as independent artists tend to lock ourselves away in dark bedrooms, littered with discarded bags of Doritos, painstakingly self-producing an EP that embodies months or even years of deliberation and practice, only to post it online to a tepid-at-best response from friends and family? What can we do differently?

We can strategize, of course!

Artists are quick to consider independent and major label business practices decidedly incompatible – but there’s a lot to be learned from the success of the stars and it doesn’t mean lip-syncing or dressing up in a space suit [unless you’re into that]. 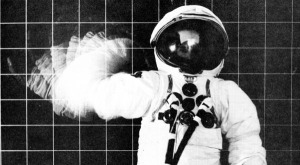 The kind academic community of marketing scholars offers an analysis of consumer decision-making that we can apply to the music business. It’s a series of educated guesses regarding why buyers buy what they buy. They have identified a “need,” either functional [serving a practical issue] or psychological [satisfying a perceived desire], as the origin of purchase decisions. These needs include anything from hunger to clothing, sleep to self-actualization and the majority of which can be satisfied quite easily and simply. That is hardly ever the case; what’s known as a ‘want’ complicates the equation and it is that ‘want’ position that music competes for. Since, statistically speaking, the reclusive approach to professional artistry doesn’t tend to achieve that position, it takes strategy.

The main problem lies in artists’ product-centric vs. buyer-centric approaches towards strategy. Ever since Henry Ford’s mantra of ‘any color, so long as it’s black’ dissolved into a sea of possibilities and customizable options, consumers have had the final say. Competition between businesses [or in our case, between artists] encouraged the development of ‘different’, of ‘unique’. The pool of options grew and grew and correlated with a growing importance of consumer choice considerations. Consumers are more empowered than ever. As a result, a savvy business [and a savvy artist] looks just as much to what consumers want as to why they want it.

Strategists that understand this are able to do some very interesting and effective things. For now, I’ll discuss a creative approach to pro-consumer strategy that’s been quite successful for those who have pulled it off.

In 2007, Trent Reznor began an incredible promotional campaign for the Nine Inch Nails album, Zero. To begin, he circulated a concert t-shirt [seen below] with a hidden URL included in the shirt’s lettering; his clever fans quickly found the website – “iamtryingtobelieve.com”.

The dilapidated looking site, which portrays a world in which the government sedates and controls the population by invading the water supply with a psychoactive drug called “Parepin”, initiated an extensive network of “eerie voice mail, Web sites, Morse code clues hidden in MP3s and messages buried deep within music videos” all leading up to the release of the band’s record. The promotion brought together fans, created an entirely alternative reality, garnered a massive amount of “earned media”, and made Year Zero one of the most memorable experiences a Nine Inch Nails fan could have.

If there’s to take away from Reznor’s creativity, it’s a lesson in creating value through telling a story. As an independent artist, one may not be in a position to stage an extravagant movement, she can work to engage her fans and involve them in what he or she does whether it be consistently live streaming rehearsals or sharing updates on recording projects. There needs to be something to carry the music – a story, a mindset, a video [ahem… Psy/Baauer] – and augmenting the hard work of a self-produced EP with something more tangible can be the difference between two choices. It can be the difference between Deadmau5 and Dyro.