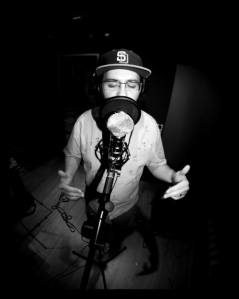 Pappagiorgio is an American rapper born in San Diego, CA. After beginning his career as an emcee in 2004, citing rap artists Snoop Dogg, Kool Keith, and Andre 3000 as influences, Pappagiorgio visited the city of Las Vegas and was captivated by its atmosphere. The talented artist soon after relocated to the city. His music now, as described in the biography on his website, he “embodies the spirit of classic Las Vegas entertainment in the form of today’s Hip-Hop.”

In 2010, Pappagiorgio attended Berklee College of Music to pursue a degree in songwriting. After completing the program in two years, the rapper began pursuing other musical endeavors in Las Vegas, Los Angeles, London, and Spain. Pappagiorgio has developed his skills both on the microphone and as a music entrepreneur.

The most recent work of Pappagiorgio, a collaboration album with R&B artist, Wallace, is set to release in the early spring. Entitled “Sex, Love & Alcohol,” the project elaborates on his love of a Vegas lifestyle, balancing party records with smoother, sensual tunes.

In addition to his love of music, Pappagiorgio is an avid sports fan, following the LA Clippers, the San Diego Chargers, and the Anaheim Ducks. He also is a passionate beer lover, aspiring to create his own brews, and a self-proclaimed Ancient Astronaut Theorist. 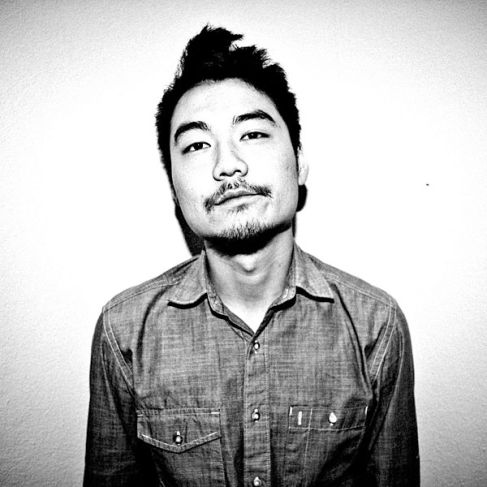 Dumbfoundead is a rapper/comedian from LA Korean town. He was smuggled in from Argentina with his sister by his mother; first to Mexico and then to Los Angeles. He is probably one of the biggest names in West coast rap (and now in East Coast, too) who’s Korean American in the underground hip-hop scene. Growing up in LA, he started attending Open Mic Nights when he was about 14 being the only Asian there.He would always go to open mics called Project Blowup in LA (South central) which is like an apollo theater for rappers. Dumbfoundead said he first started rapping because he wanted to impress girls at the house parties. And now he is one of the most loved rapper in the Asian American community in the states. He is one of a few Asian-Americans who are succeeding as rappers.

“I think a lot of Asian rappers when they were first coming up, they were specifically trying to cling on to black culture. But it’s really about understanding all cultures, because that’s the route that hip hop went.”-Dumbfoundead

PARKER-BKFAM (Brooklyn For A Month) -(Prod. Esta)
*Rekstizzy is in this video!!! Read Rek’s interview!

Dumbfoundead has his own project he is doing, Knockstudy, he is not signed to any major record labels or a management company. He teaches how to write and DJ, usually to Asian American rappers that are only popular among the Asian American communities in the states.

He has been collaborating with many major Korean artists like Dynamic Duo and Jay Park. ( I went to Jay Park’s NYC show last year in Best Buy Theater NYC and watched them perform together… I was like…omg. that’s Dumbfoundead!!!) Although..Dumbfoundead once stated he has no interest blowing up in Korea.

Dumbfoundead & Jay Park: You Know How We Do

Through his lable, Knockstudy, Dumbfoundead  invites high school students for free and teaches them MC writing workshops, as well as music production workshops. The Knockstudy has a music lab and the students can come in to jam out and work on their beats. The label’s headquarters are located in Los Angeles for now, but he is looking into spreading out to other locations in the US as well. Free music school for kids? That’s amazing. His motivation to run the Knockstudy was to give back what he received when he was a kid: he was a YMCA club boy and thinks that he can now offer something, teaching and sharing his music knowledge with young people.

Dumbfoundead not only embraces American culture but he is not shy at all being Korean. Much respect what he is trying to do, giving out to young kids who want to learn music. Dumfoundead (Parker) is already but will become better known as a successful artist and businessman representing the Asian community in the states.

On Being An Asian-American Rapper:
“So many Asian artists used to come up to me and be like, ‘Man, it’s so hard for us as Asians in hip hop,’ but it’s actually made it easier because now I’m getting gigs at all these Asian-American organizations. I’m one of the few Asian MC’s really doing it well. It’s funny when they say that and use it as a crutch, because hip hop has always been a vehicle to stand out and look unique. So me being a minority and rapping well — that’s become a big advantage.”-Dumbfoundead

Give me one famous rapper who is a white girl. Do you know any? 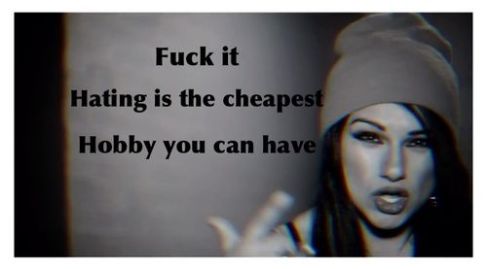 Human beings like to have leaders in many things they do, especially in music. In the early 90s very few white guys dared to get up on stage and rap. A few years later, once Eminem was out and getting big, there where white rappers all over the place, because they finally had a leader. Eminem became the trademark for white rapping. If you ask any average person in the street, who is the white male icon for rapping, they will answer Eminem.

Girls rapping is slowly becoming a new trend. There are many female black people rapping and a few of them are already world wide famous. But no white girl… “Yes but white girls can’t rap”. Are you kidding me? That sounds oddly familiar to what people said before Eminem came out. “White guys can’t rap”. And he proved them wrong. There’s a gap in the music industry for the white female icon of rapping.

There’s a few white girls on youtube rapping, but none of them are real rappers. I’m not talking about a girl with a good voice and rapping skills. Nor am I talking about cheesy rap and wearing all kinds of popstyle clothing to attract attention. The girl I’m talking about, she’s got to have the “don’t fuck with me” attitude, she’s got the guts to stand up and get criticized and she dresses like a rapper in her every day life. She raps in her everyday life, and that’s all she does. In other words, she’s got the identity of a rapper, and she’s got something to say.