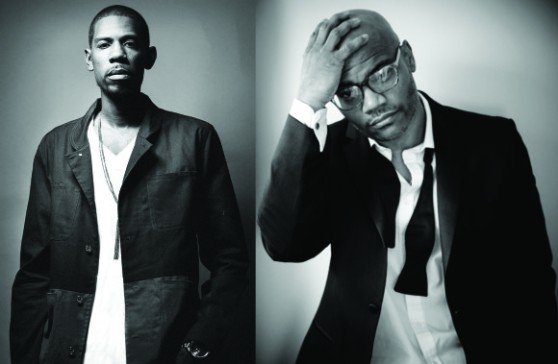 This week students at Berklee Valencia’s campus had the opportunity to meet and interact with two music industry veterans, Young Guru and Sean C.  If you aren’t familiar with their names, you’re most likely familiar with their repertoire. Young Guru has worked as a highly esteemed engineer and has also worked alongside respectable and notable artists such as Jay-Z and Kanye West. Prior to meeting Young Guru, I indirectly felt as though as I knew him due to Hov’s various shoutouts throughout the years. One of my favorite Hov shoutouts was when he told Guru to “turn the lights down..let’s keep it smooth” on Party Life (American Gangster album) LOL

Our other industry vet, Sean C. is a Grammy-nominated producer and A&R that has produced for hip hop artists such as Diddy and Jay-Z.  I was especially interested to hear Sean’s perspective on the industry and the future as an A&R since my career interests are specifically in that field. There were various workshops held over the two-day period while they were here in Valencia. One of my favorite workshops was the A&R session that was held on campus in our studio on the film scoring stage. 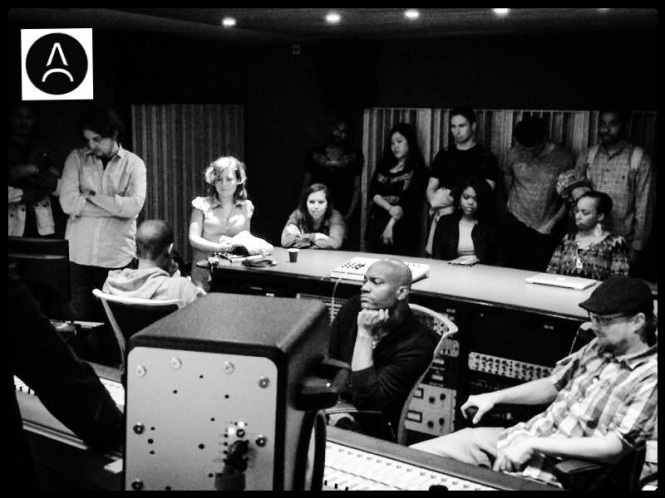 (Berklee Valencia students pictured in the studio with Young Guru and Sean C. for the A&R workshop)

Both Sean C. and Young Guru provided feedback to Berklee Valencia artists who submitted music. I’m currently working as an A&R for my culminating experience thesis, so I was super excited about the opportunity because both of the artists that I’m working with were chosen to participate in the session.  It was such a humbling experience to receive feedback on their music from industry professionals and to use that info to tweak their projects and to make them even better! This was a great experience both creatively and professionally.  Another workshop focused on innovation within the industry.  During this panel, both guests answered various questions that students had re: career advice, music production/technology, the direction of the industry, and evolving with the industry to ensure your position/career. A highlight for me was Sean’s response in reference to being a woman in a male dominated industry. His consciousness about the issue was indispensable and re-emphasized some of the points that I’ve learned throughout my professional career. 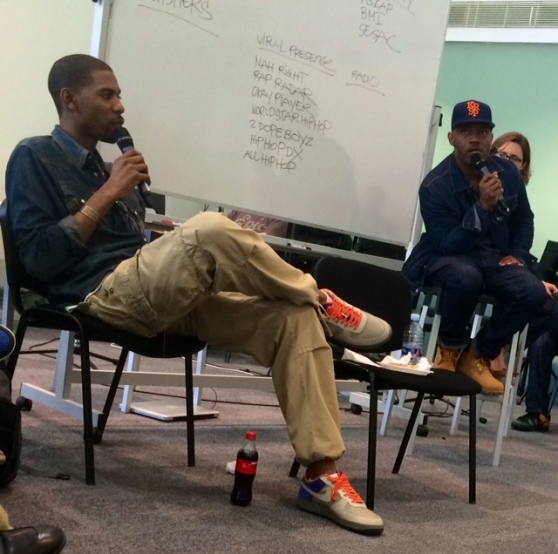 This experience was one that I longed for as a student in the Global Entertainment & Music Business Masters program.  The knowledge that both gentlemen dropped on us was absorbed like a sponge and truly invaluable.  It’s a great opportunity to meet people who are working in positions that many of us aspire to be in. The grind continues….

First, before I introduce this awesome producer I just found, please excuse my slight feminist tangent. Maybe one mistake I’m making with my previous blog posts and that a lot of people are making is writing blogs and articles about “female” producers. Why not just call them producers? By writing articles about how someone is the “best female producer”, it still sets them apart from male producers as different. Why should they be any different? Maybe it’s better to just call them producers and act like they are supposed to be getting as much attention as male producers. It’s kind of a problem that everyone keeps treating female producers as different and so out of the ordinary- like wow she’s a good producer…for a girl. I always hated when people would say stuff like that to me. So, maybe this changes my whole point of view of my blog, but opinions are allowed to change, right?

Let’s bring into the spotlight another producer I think should already be in the spotlight! DJ Soupa Model is a producer, DJ, songwriter, arranger, and remixer among other things. She has her own production company, indie label, artist development, and branding company, Music Boulevard Group-  based in Washington, DC. She is also a producer for NappyBoyRecords, T-Pain’s label. She has worked with a ton of music industry stars like T.I., T-Pain, Jason Derulo, Wyclef, Ace Hood, and artists on Konvict Music, Sony, and Universal.

Having lived in Africa, the UK, and the US, she has been exposed to a ton of different backgrounds and cultures and experiments with a variety of different genres, making her sound a unique one. She recently collaborated with Grammy Award winning dancehall artist Beenie Man.

“In fact, my most recent production for Mims is a mixture of electro, dubstep, and South African drums,” she says in her biography on the Music Boulevard Group website.

I love how she takes all these different flavors and mixes them into her sound, yet her sound still sounds very appealing to fans of mainstream hip hop! I think she could potentially be a big influence on making changes in mainstream hip hop’s sound.

It seems like the short list of women producers people tend to talk about consists of producers who produced hits from over 10-20 years ago. These are producers like Linda Perry, Trina Shoemaker, Sylvia Robinson, and Sylvia Massy. These producers, however, were successful when then definition of “producer” was still quite a concrete term and when there weren’t as many complex subgenres of music.

In those days, job titles in the record industry were much more easily defined. Today, being a “producer” can mean many things. There are many circumstances where there is a big overlap between “producer”, “songwriter”, and “artist”. Someone can write the beat for a hip hop track, create the synths for an electro house track, write the lyrics for an R&B track, or help arrange all these aspects together into a finished product. Many artists are also their own producers. Many are also DJs or also create remixes.

We really have to consider these factors when we try to figure out why we aren’t seeing as many standout female producers:

1. The industry is gaining more and more niche markets and genres.

2. The definition of “producer” has become more fluid.

3. Anyone can produce their own music as a result of technological advances and collaborate easily with anyone because of the internet.

That said, there are many great female producers (many of whom produce their own material) in underground, subgenre, or niche markets in the industry. Here is Tokimonsta, a producer from LA featured in MTV Iggy’s article “16 Female Producers You Didn’t Know Are Running Things” (see previous blog post):

Maybe the title of that article is a little misleading, because I wouldn’t say any of these producers are really “running things”. Yes, they are producers of some really good music, but they haven’t really produced hits in popular genres. They very well could be, but do they want to? That’s a different story… well, this is one way to gain notoriety:

Worked with several Grammy nominated artists- Prince on his 3121 album and also with Justin Timberlake on his Future Sex/Love Sounds album. Founded her own production and engineering firm, Black Fox Entertainment, in 2004. She has also done recordings for artists like Stevie Wonder, Aretha Franklin, Eric Benet, and Ledisi.

What she is doing to put female producers in the spotlight:

She founded a project to feature all female artists, producers, writers, and engineers called “Making Music Herstory” and also moderated a panel at NAMM 2011 (one of the world’s largest music product trade shows) called Women Behind the Console: Inside the Process.

Why this project is important:

This project features and makes known female producers who could potentially be role models for women who want to pursue the profession. The fact that it was discussed at NAMM along with the panel gave the project great publicity. The project, if marketed in the right way, could reach and inspire many.