One day last month, I was listening to music on one of my favorite streaming platforms, and I decided to check out some of the artist recommendations. To my surprise, I stumbled across a gem…an artist named Kimbra. 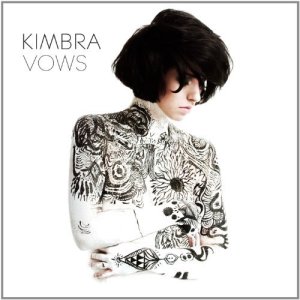 I listened to her debut album, “Vows”.  It was released in 2011, so please forgive me for tardiness…but now that I’m hip to who she is, I’m anxiously awaiting the release of new material. In the past I had heard mentions here and there of Kimbra, but that was mainly from Gotye’s top-charting single “Somebody That I Use to Know,” but other than that, she was an artist that I didn’t know.  Recently in 2013, she was featured on John Legend’s track “Made To Love” which I absolutely think is amazing! Once again, I didn’t know it was her until after the fact.

The following singles were released from “Vows”:

This album garnered Kimbra numerous awards during 2011 and 2012 from the APRA Awards and ARIA Awards. She also won a Grammy during 2013 for her collaboration with Gotye.

Check out one of my faves from the album, “Something In The Way You Are”…