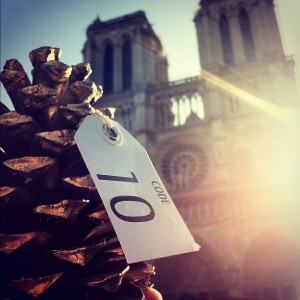 It’s all about finding a balance. How can you make the artist-fan relationship personal, while still keeping that mysterious and glorifying vibe that comes from putting our favorite artists up on a pedestal? It indeed takes both of these elements to create increase the percentage of your fans that are “superfans” but they are seemingly contradictory.

I want to show a case study of a relatively small yet successful band that has built itself off of dedicated superfans.

Urban Cone is a band based out of Stockholm, Sweden. They have been working hard toward releasing their first album “Our Youth” and now that it is ready to be released out into the world they are putting the power of actually releasing it into the hands of their fans. Here is how they did it and why it is so clever.

First of all, the band has branded themselves with the ever so hip pine cone. Which for marketing purposes is very important on its own, but that’s not the point here. Basically what they have done, is take five pine cones for each track on their album. Painted them gold. Tied a number and a code to each one. They then released “the album” through pine cones in five major european cities: Stockholm, London, Oslo, Copenhagen, and Paris. Once a fan finds a cone they take a picture of it and upload it to Instagram – the corresponding track is released in that country on Spotify.

Sounds risky right? It also sounds like a lot of work for the fan. Like really, you need to have a lot of faith in your fans to make a public contest like this. Some potential issues that come to mind are, what if nobody cares enough to go out and do this? What if a cone is blown away or lost or found by someone who has no idea what the contest is about and just takes the damn thing cause it looks pretty? What if the fans that do go out become discouraged because finding a gold cone in the city of london honestly sounds like the hardest thing I can think of. But nonetheless, it is working for them. Out of the 25 gold cones released into the world 20 of them have already been found and the tracks have been released.

This risky strategy creates a direct relationship with the fans and the music, while making the artist seem elusive and attractive and worthy of time and effort. The fact that the band is able to pull this off shows that the fans they do have are more than willing to put in some work to get their album. It shows that they have something unique to offer the fans and that they have a strong faith in their fan base that also leads inevitably to fan loyalty. And that is what is important.

It is difficult to come up with interesting new ways to get involved with your fans other than simply tweeting at them once in a while, but innovation in this field is almost a surefire way to making a career out of your art.