The goal of this project was to create a visual identity that coherently connects with the representation of disruption as a brand and its meaning positionally over time. As such, the logo is representative of sources of disruption as it relates to art, the region and Berklee College of Music.

To begin, the typeface used is ‘Helvetica’ the selection was inspired by it’s use and development by Max Miedinger and Eduard Hoffmann to mark the transition into the Swiss modernist movement.

The composition of the design was based on a photograph by Alberto Hildago used by the Berklee College Commissions WSDG (Walters-Storyk Design Group) for Major Projects. The kerning of the typeface and use of negative space was utilized to highlight the major architectural features of the Palau, as it is both a significant feature of the Valencian region and a holistic representative of a larger artistic community and visual vocal point of the Berklee campus.

Additionally, Black & White were chosen to build off of the clarity associated with the use of ‘Helvetica’ as a typeface, while the characters ‘A’ and ‘D’ were used as a means of highlighting the architectural features. However, in an effort to avoid any inferences associated with the use of the upper case characters AD or it’s acromial meaning (anno domini), a lower case character ‘d’ was selected as a substitution. Although the region has a rich Christian heritage and it coincides with the theme of disruption, I felt as though it did not communicate the values associated with the diverse student group and apolitical environment present within the institution. 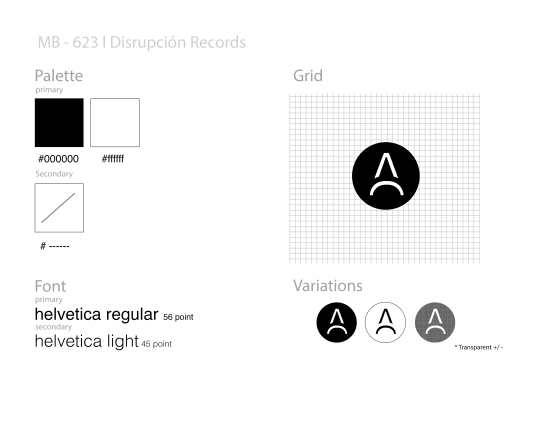