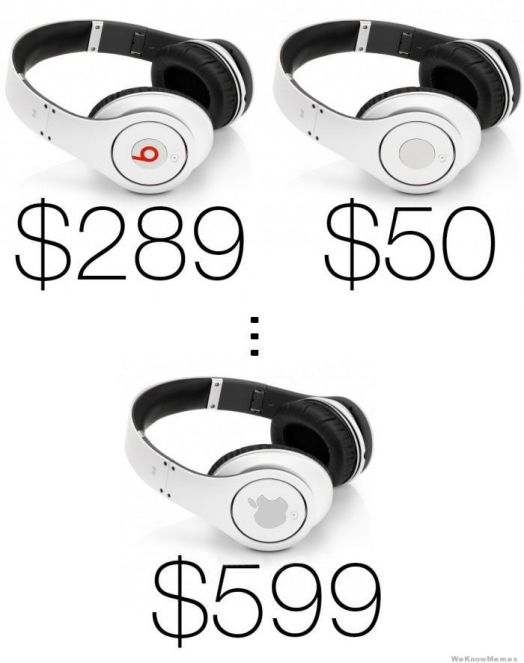 Congratulations to Dr. Dre who might be on his way to becoming the first rapper/ billionaire ever. I bet he didn’t think of that when he was rapping about bitches not being shit.

Commiserations go out to Apple on potentially having just acquired an absolutely shit house product.

Don’t get me wrong, I respect what Beats do – manufacture a bass heavy, ugly, flimsy piece of equipment that is endorsed by one of the most popular rappers of all time. Oh and of course they recently launched a streaming service to rival Spotify.

I do wonder however, whether Steve Jobs would be rolling around in his grave at this new acquisition. In my opinion Beats stands for everything that Apple is not.

What scares me is the power Apple now has with the streaming service. If we think of the industry in waves, the mp3 wave that took out CD’s was completely dominated when Jobs launched I tunes. I wonder if the guys in silicon valley have something up their sleeve and are getting ready to release some sort of new streaming hardware that will blow Spotify away and deem I tunes useless.

While we wait for that, I’m going to put on my AIAIAI TMA1’s and listen to The Chronic.