Midem is the number one event in Europe for music business people to come together and bring what they can offer to the industry. It is set-up on the beautiful French Riviera where one can gaze at some 50 feet yachts for the entire day while enjoying delightfully expensive, although very ordinary coffee. All sarcasm set aside, I had a delightful extended weekend away from the crunch of studying, in the unexampled company of my good friends and classmates.

As exciting as it was to attend talks from legendary executives (i.e. : Lyor Cohen), one could easily get discouraged by the general stagnating state of the industry. To clarify, it felt like all the talks and panelists where saying a lot to not really say much in the end, the general consensus always reverted to the point that it was all about the music to start with – so why on earth did this ever change?!

With all due respect to the brilliant executives that they are, with the illustrious career paths and resumes to back it up, this is a no-brainer type of statement. The only reason why it ever changed is because they thought they could get away with turning music into a factory product. And when faced with the occasional narrow (cornering) questions from the audience, a general discomfort and awkward moments of staring at each other would take-over amongst the panelists.
I’m not trying to rant, or be disrespectful even, but it felt very much like the general topic was always to try and save the music industry with revolutionary innovative ideas that will ‘change the game’, but no one tries to take that leap of faith that could potentially instigate this change.

But we’re talking about the people who thought that digital would just be a phase, so I don’t really expect anything other than a certain level of comfort and reluctance to change radically. So they just take their time and literally take over a decade to start shining a light on the right path to adopt. If it weren’t for music business gurus by the likes of future music business leader and key growing player Benji Rogers of Pledgemusic, I would say we would be better off throwing-in the towel.

And then I got the chance to meet some interesting people. The good people from Sounds Australia really showed their independent spirit and threw an Aussie BBQ party with three stunning performances from Jeff Lang (amazing guitarist who uses effects like a modern Hendrix with an acoustic guitar), talented singer/songwriter Sherill Morris, and the harmony-infused amazing Mae Trio that gave me goosebumps all throughout this lovely Monday lunch. We also shared a few laughs and drinks during and after the conference. I also met this year’s winners of the MidemLab competition – Midem’s startup and app developer competition – NaGual Sounds on the night before the laureates had been announced. We had a good time at a Carlton hotel party, exchanged contacts and learned all about the software they had been developing, needless to say I was really happy to see these guys win the next day.

If I were to pick two quotes from the weekend, I’d have to go with Rita Ora, who despite her incredibly good looks kind of ruined it when she expressed her deepest sentiments for the Vevo Lift campaign she was ‘blessed’ be a part of – ‘I love how the internet and the media is completely controlling what we do’…
And in second place comes Lyor Cohen, who is venturing into setting-up an independent label backed with a partnership with Google – let’s not even go there – with a statement that is beautifully raw and full of integrity to the challenging role that is that of a businessman in the music industry – ‘when you f*** with good […] you miss the opportunity of capturing and maybe being a part of magnificent’ and later concluded with ‘sign stars, don’t dust-bums-off’.

I really didn’t expect to walk out of Midem with an internship sealed, or even a job because frankly very few companies that were there put-up an appealing front. I went in not expecting much, came out with a lot more than what I was hoping, and a lot less money on my bank account. It was more of a networking workshop/experience that has taught me a lot about people as professionals who enjoy playing the game, as well as colleagues as ardent white-collars, some of whom will do pretty much anything to be able to play the game.

Deep house music is the result of an ongoing transformation in the dance music genre, which has involved growth, change, and adaptation to new environments wherever it lands.  Originating in the Chicago disco scene, deep house music is becoming more well known, coming as a pop culture stock to new audiences- particularly in America.  It has been deemed the Next Big Thing by industry icons like Pete Tong as its groundswell in the house scene is unmistakable.

However, since it has been around for so long, why now and what’s bringing it to the mainstream?  For one thing, deep house music stays true to the incestuous trend of house music in that it has its own outliers, subgenres and microgenres that were influenced by the music of another era or sound in the broader dance music genre.  However, another reason it has been pushed to the forefront is that its general sounds have not changed.  This is important because the popular sounds of dance music have changed, as well as the definition of what is or is not house, as it once was, which makes the evolution of sound more intriguing.  Deep house music has reinvented itself by becoming more of what it was: soulful and mellow.

What is Deep House?

Deep house music has been around since the early 1980s in Chicago as a diverse cross-section of jazz and soul music.  In more modern times, it has become synonymous with the mellowness of both jazz and soul, as opposed to its louder siblings in EDM and techno music, or repetitive melodies of progressive house. The soulfulness and relaxed grooves of deep house distinguish itself from other forms of club music through its profound nature.

Deep house today is classified as a four-to-the-floor pulse with groove, soul, and a dance-ability set to shuffle and swing with accents on the two and four.  The major difference between deep house and EDM is that it is more restrained, as opposed to the loud thumping EDM.  The tempo runs typically from 118 and 125 beats per minute, with rich harmonies and lush, atmospheric sounds.

Deep house music is seemingly impenetrable to mass consumer music audiences, even to those in the house genre.  Its moody slower sounds are not the dancing festival-filling sounds of EDM with its lasers, beat drops and jackhammers drums.  But as the house genre becomes more sophisticated, and as mainstream audiences gain more access to it through the Internet, deep house music has become the last hip genre of house music.

Its success comes with the massive popularity of EDM, which has led the largely undiscovered genre into the public eye.  Although deep house is seemingly the opposite of EDM, the latter serves as a gateway for the former.  An analogy for this gateway would be Daft Punk’s “Harder, Better, Faster, Stronger” during the day, and Al Green’s “Since We Been Together” at night.

DJs like Tiesto and Pete Tong have included deep house in the radio mixes recently.  This has largely contributed to its consciousness in the public forum.  However, its adoption as a legitimate and popular form of house music is a direct result of EDM’s popularity worldwide.

Looking ahead from the “Year in Review” series, I’d like to make a couple of predictions about next year and the music industry. 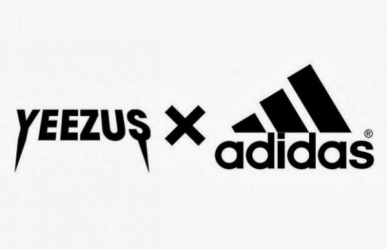 Adidas will continue to emerge as a real fashion brand in the music industry. They will boost sponsorship of events but maintain an air of ‘cool.’ I wouldn’t be surprised to see an Adidas Festival or an exclusive sporting and music show. Hats off (obviously Adidas ones) to whoever is currently doing the marketing over there.

Pharrell will make one of the years best selling albums and cement is place as one of the ultimate collaborators and pioneers in the modern music industry. Having just signed to Columbia, we can expect something on the scale of Daft Punk’s Random Access Memories, only crossing more genres. Oh, he’s also writing the score to the Amazing Spider-Man 2.

As with Adidas, Red Bull will continue to cement itself as a major brand in the music industry that ‘helps out’ rather than ‘steals’ from the experience that corporate sponsors are often assimilated with. They are not encroaching and do a good job of minimal advertisement with maximum product placement. Slowly moving away from the extreme sports it built its brand on, I predict that music will be the new key target market.

As the ‘The world’s leading underground music show‘ currently with other 550 thousand Facebook likes, Boiler Room is not going to stay underground for long. Providing a unique experience to be at secret shows in undisclosed locations, whilst hosting some of the worlds best up and coming DJ’s and artists, streaming all of this live online, I predict Boiler Room will aim to set up shop in Australia, the talent and opportunity for growth is is vast down under. 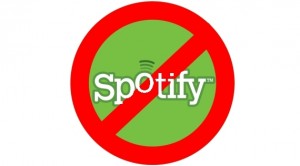 Not a prediction so much as a wish, I’m really not a big fan of Spotify. I think it’s an impersonal, music industry destroying, unstable, slow service. Johnny Marr the ex Smiths guitarist is of the same opinion. So does Radiohead’s Thom Yorke.