Online streaming services just like Spotify are regarded as the best example of the future success in the music streaming market. However, recently it was shown that many users do not imply the equal success. As announced in an interview with Daniel Ek in the Wall Street Journal, Spotify for example runs millions of losses every year  – mainly because of the high license fees. Also the future of streaming services could look better. According to a research streaming services as currently structured have no hope of achieving profitability.  That is, barring a radical overhaul in the way royalties are structured, or a miraculous shift in the way music fans are monetized. “Music subscription services are all losing money, and that is going to remain the case until they find a way to monetize a worldwide user base,”  the report states. 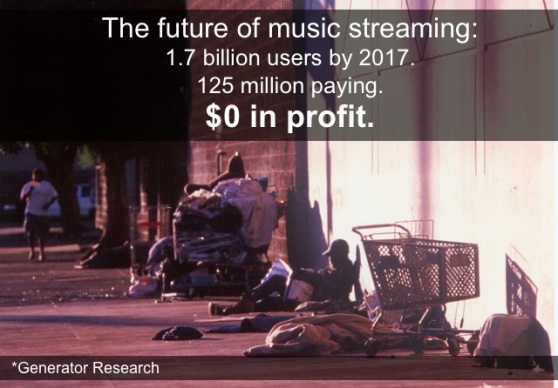 Spotify is seen as one of the most popular music streaming services on the Web and yet the crowd puller is not profitable for the operators. The reason for the low profits : licensing costs are too high. According to the WSJ article, the music streaming service has achieved a turnover of 252 million U.S. dollars in 2011 and doubled the following year in 2012 with 576.5 million U.S. dollars. However, although enough users have subscribed to the service and in general a high revenue is being generated, one can not achieve the intended green numbers. Just like sales, which have risen, the total loss has also increased: from 60 million to 77 million U.S. dollars.

If you believe Daniel Ek, this relatively high  loss is mainly due to the music industry, asking for an enormous amount of money. The CEO explained in the interview that since the launch seven years ago, a total of half a billion dollars has been paid to rights holders – roughly 70 percent of sales. Given this fact, it will  not only affect the service itself but the whole concept of music streaming on the internet. Because one can assume that Spotify as a leader, compared to competitors such as Pandora or Rdio , it has the largest business potential. 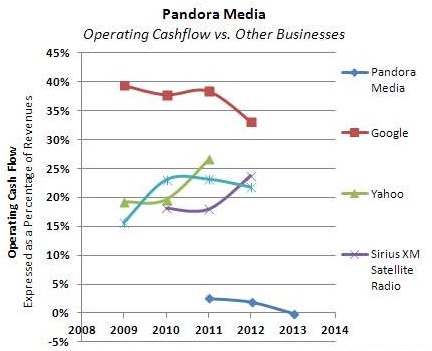 If the market leader already stumbles , the whole industry is likely to stumble. How do you want to save yourself from this dilemma? Daniel Ek strives new markets in Asia to achieve higher sales, so that the 77 million decrease as soon as possible and profits instead of losses are generated. In addition, the founder hopes that the music industry lowers the royalties. Such negotiations are already underway.