The public perception of music instruments today seems to be overshadowed by everything else in the music industry: digital music innovations, upcoming festivals, rising stars, controversies in performances and so on. For my next blogs I will be focusing on issues in the music instrument industry. I think whether being a musician or a manager, music employee or employer, it is important to be well abreast on these issues.

It seems to have been a stressful year for Gibson Guitar Corporation who was recently charged by the US federal government for illegally importing rare wood for their guitars. Apparently what they use for their fret boards is illegally imported ebony from Madagascar.

Blame it on the Lacey Act, a century-old law originally passed to protect animal species. In 2008 it was expanded and now bans the importing of wood that is exported illegally under the other country’s laws.

But Gibson’s CEO Henry E. Juszkiewicz claims that the ebony they imported was exported legally under Madagascar’s laws. According to Gibson, Madagascar allows the exportation of “fingerboard blanks” (basically a piece of hardwood cut to the dimensions of a guitar fret board). Nevertheless Gibson agreed to the terms of the government and acknowledged that they “failed to act on information” that the wood from Madagascar may have violated laws against deforestation.

Interestingly even before this charge, on 2009 and August last year, the federal government raided Gibson’s facilities in Nashville, seizing significant amounts of ebony fingerboard blanks from Madagascar as well as India. 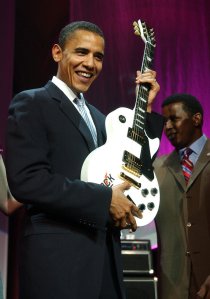 However, things have been resolved- for now. Gibson entered into an agreement with the US government, which defers criminal prosecution of the Lacey Act violations. Gibson had to pay a $300,000 fine and donate $50,000 to the National Fish & Wildlife Foundation to promote conservation of protected tree species used in the music instrument industry. Also through this agreement, Gibson gets back from the government the fingerboard blanks from India that were seized and allowing future imports from India.

This case shows that the issues in the music instrument industry are worlds apart from the often elusive topics associated in the music industry such as copyright, digital streaming, royalties and so on. What remains though is the importance of product and quality that is top priority for a brand like Gibson. I think Gibson did the right think by complying quickly to avoid bigger lawsuits and risk being banned completely from their sources of wood.

All this talk on wood species, international law and government aside, this case of Gibson raises a question of to what extent laws and regulation can dictate on the music instrument industry. Here it can be argued that the government may be overstepping its bounds. Who knew guitars could be so involved in politics?

3 thoughts on “Gibson Guitars & the Government”